Book 3 in the Forgotten Monsters series features a nightmare who’s a little glitchy with his abilities.

He’s also trying to rule the world or something, so it’s probably good his abilities don’t work perfectly.

Ha! Man, I love it when power-mad monsters find their special someone and end up content with their lot in life.

Some totally random trivia: The names in this book actually have meaning. Cris Mara is named after Mare Crisium, the Sea of Crisis on the moon. Since, you know, nightmares come out at night and the moon rules the night sky, this grouchy nightmare got named after a celestial body. Or a crater on a celestial body. However you want to look at it.

As for Garnet…wellllll, I don’t actually remember what path I followed to link garnets to moon phases and all that, but there was a reason Cris’s special lady friend had that name. Maybe some day I’ll be able to recreate it and have a good story to tell.

Regardless, Cris and Garnet meet and clash and fall in lurve and there was a reason behind all of it! 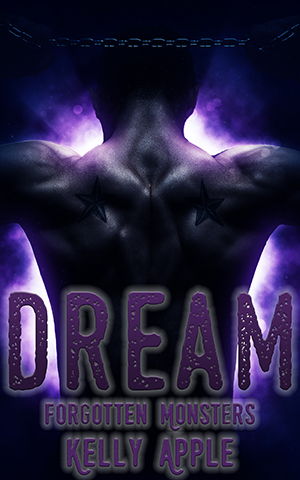 With the Forgotten Monsters series, I absolutely knew a couple things going into it. I knew the titles I wanted to use (with the exception of Echo, that took a few tries before I settled on it) and I knew that Deep was going to feature a kraken. A KRAKEN! Because how in the world […]

Prepping the final installments of Heart of Stone for release has me nostalgic for my Forgotten Monsters. They’re big (well, some of them), they’re bad (-ish), and they don’t want to be forgotten. First up, Will. You know, the wisp. The grumpy loner who lives in the “haunted” house just outside of town. He doesn’t […]

I’m doing something a little different with this Feature Friday…We’re taking a look at the NEXT book that will be released in the Heart of Stone series. A Stone’s Throw Away is the wind up to the big conclusion and THINGS HAPPEN. OMG, do they happen. Let’s just say we get to meet some new […]

(It feels a little gratuitous to feature a book that JUST came out this month, but 2020 has been a weird year and I’m going to go with it.) Best Laid Stones! Cin, Vane, and Cobalt are on their way into the gargoyles’ old home territory and…things could be going better. You know, mostly because […]

A road trip with her gargoyle honey is fun, but a road trip with TWO gargoyles hanging out in their stone forms during daylight hours is…even better? Sure. SURE. Yep, the duo has become a trio for their journey and Cin’s in charge while Vane and Cobalt do their daylight sleeping thing. Which is great […]

When I started planning out Vane and Cin’s story, I knew it was going to have two things…a road trip and a ghost town. A GHOST TOWN! Yep, this is the installment where our intrepid couple rolls into an abandoned town and sets about looking for Vane’s lost brother. As it turns out, they find […]

Awww, yessss. Making new friends while road tripping with your boo. I honestly adore lonely supernaturals who want to connect with someone, so throwing Calliope into the mix (sirens! yay!) made for some fun times. Well, fun for me when Cin went all growly on her. Ha. Cin. So fierce. We got a little deeper […]

(I’m working on getting part 6 of Heart of Stone out, so why not take a look at the second installment of Vane and Cin’s journey?) Let the road trip begin! Or at least let the setup and planning begin. Given that Cin’s a teensy-tiny bit afraid of the flying portion of their planned trip, […]

To celebrate the release of Heart of Stone part 5 (OMG! It’s finally here!), we’re going to take a look back at the earlier installments in the series. Rock Hard, man! The beginning of Vane and Cin’s story. The overall story involves a road trip and facing your past and finding family and I REALLY […]