The conclusion to the Heart of Stone series has arrived!

Gods and monsters and treaties being born and magic abounding! And (of course) Vane and Cin having their private time in some not-so-private locations. (What can I say? Ari’s influence is mighty!)

This book was…I don’t know how to put this. The book itself wasn’t hard to write. I knew where it was going almost from the first (which doesn’t always happen, let me tell you!). I wrote it. I loved it. It tackled themes I hold near and dear.

And I had such a hard time putting it out into the world.

(Thanks, 2020.) (And, yes, I am TOTALLY blaming this turd of a year on how long the second half of this book took to come out. With everything going on, my concentration wasn’t worth anything. Throw in changing editors halfway through the book – nothing but love for both of them, btw, because they both rocked it! – and just being generally blah about everything slowed things down to a crawl.)

But here it is in all it’s rock hard glory.

Vane and Cin. A road trip. Family (both found and otherwise).

If you’re holding out for the complete series compilation, THAT should be here in early December.

Then…well, 2021 has some surprises in store. Think love in the stars and monsters finding their way. Not at the same time, though. Those are two separate entities.

Anywho. A Rock and a Hard Place is live and I am THRILLED with how it ended! 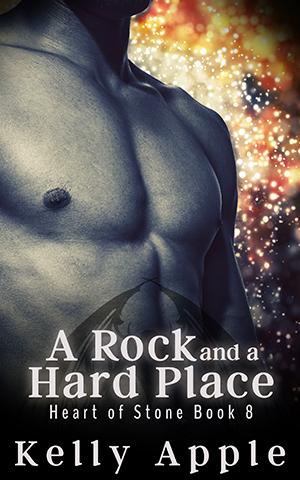 A Rock and a Hard Place

Trekking through the heart of a mountain to find their lost sister is one thing. Teaming up with trolls to make the world a better place? Yeah, right. It’ll never happen.

You know what they say, though: When gods walk, nothing is out of reach.

Cin, Vane, and Cobalt have done the impossible already. What’s one more incredible feat before the sun rises?

Heck, why not just break that pesky curse the gargoyles have hanging over them while they’re at it?

Warning: This book contains happiness and curse-breaking and a whole lot of people finding their place in the world. And gods. What can we say about those guys? They just show up out of the blue sometimes.

<< A Stone's Throw Away - Heart of Stone: The Complete Series >> 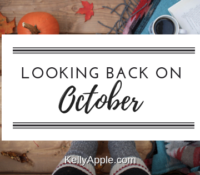 Ahh, October. The weather got (a teeny-tiny bit) cooler. I got to decorate for my favorite spooky holiday. I released a book. You know. All the regular stuff that happens in October. You read that right, folks! October saw the release of part 7 of the Heart of Stone series. A Stone’s Throw Away is […] 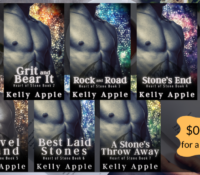 Hello, my friends! In honor of October (which is one of my favorite months since it has both my birthday – Happy Birthday, Me! – and Halloween!) AND that the final installment of Heart of Stone will be coming out soooooooon, I’ve put parts 1-7 on sale for .99 each. NINETY-NINE PENNIES! (Look! There’s a […]

It’s done. IT’S DONE! The cover update I’ve been agonizing over since the end of 2019 is here! All covers have been updated to the new style (and they all match with their sparkles and man-chest!) and I love them so hard. Seriously. After dealing with a hardcore mental block over how I wanted these […] 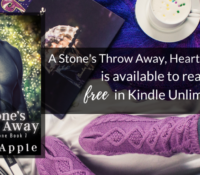 I said I’d have Heart of Stone 7 out in early October and IT IS OUT IN EARLY OCTOBER. (I know I’ve said this before, but with the way 2020 has been dragging me down, this is SUPER exciting!) So. Vane’s been god-touched and his priorities have shifted. Not away from Cin or anything, but […]

I’m doing something a little different with this Feature Friday…We’re taking a look at the NEXT book that will be released in the Heart of Stone series. A Stone’s Throw Away is the wind up to the big conclusion and THINGS HAPPEN. OMG, do they happen. Let’s just say we get to meet some new […] 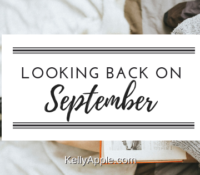 Another month, another release. BOY, does that feel good to write. It’s true, too! September saw the release of Best Laid Stones, Heart of Stone 6. Things are getting a little abduct-y for our couple and Vane is NOT okay with that. As for the final two installments of this series, I HAVE NEWS! A […]

(It feels a little gratuitous to feature a book that JUST came out this month, but 2020 has been a weird year and I’m going to go with it.) Best Laid Stones! Cin, Vane, and Cobalt are on their way into the gargoyles’ old home territory and…things could be going better. You know, mostly because […]

A road trip with her gargoyle honey is fun, but a road trip with TWO gargoyles hanging out in their stone forms during daylight hours is…even better? Sure. SURE. Yep, the duo has become a trio for their journey and Cin’s in charge while Vane and Cobalt do their daylight sleeping thing. Which is great […] 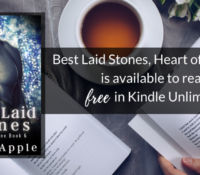 (No lie, my friends. The relief I feel at getting the next Heart of Stone installment out in the time frame I had planned is AMAZING. My goal was to have it up by the 15th and IT IS UP BY THE 15th! I’m feeling all-powerful right now. ALL-POWERFUL!) So. The next part of Vane […]