Okay. Here’s a heads up about what you can expect here at KellyApple in the near future.

The Series Shorts are on hiatus until I finish writing the Monstrous Revelations series. Because (a) I want to focus on getting that series done and (b) I wrote A LOT of those shorts last year and need to recharge for a bit because I was starting to feel like I was retreading the same themes over and over again.

So. Series Shorts are on hiatus.

After overhauling the Monstrous Revelations covers and LOOOOVVVVVING them, I decided Monstrous Matchmaker: The Complete Series needs a new look. I have no idea when I’m going to find the time to get them done (next week? Maybe?), but that’s in the cards. Eventually.

Feature Friday will continue to go up every Friday with a focus on one of the books in my backlist. Because those earlier books are FUN and I want to remind people they’re out there.

I’m sure there’s more, but my brain has decided to poop out on me. I’ll blog again if I remember. (HEEE!) 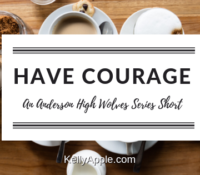 Have Courage Lane Anderson High Wolves   Matty’s steady presence in her life gave Lane the courage to try things she never thought she’d try. Like the seasonal coffees Matty’s favorite coffee shop experimented with. It wasn’t that she had been adverse to trying new things before, but rather that the thought of just going […] 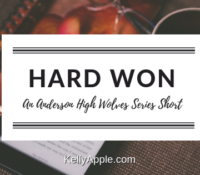 Hard Won Natalie Anderson High Wolves   Finding yourself was…freeing. Natalie hadn’t realized how boxed in she’d been until she opened the door to her gilded cage and was allowed to fly free. Much like the bird she kept comparing herself to, suddenly the world opened up for her and anything was possible. On the […] 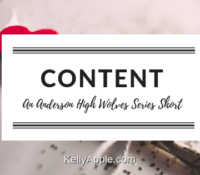 Content Jenny Anderson High Wolves   Jenny floated on a sea of warmth. It had always been like that for them. Well, maybe not always. It had been like that ever since Evan had started sneaking into her room at night to wrap her in his arms as they slept. Jenny woke up warm and […] 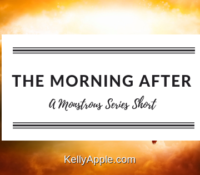 The Morning After Ari Monstrous   It was over. She’d done it. Ari’d given the supernatural community a party they’d never forget. Nudging the limp form at the other end of the couch with her foot, Ari waited until Ella grumbled something that sounded like a what. Stifling the laughter that threatened to come out […] 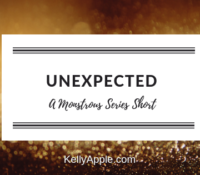 Unexpected Ari Monstrous   Ari didn’t quite know what to think of her party. Despite the setbacks, things were fine. Better than fine, really. They were going great. The puddle in the middle of the dance floor was gone. The lack of moonshine didn’t seem to be inhibiting any the guests. The various supernaturals who’d […] 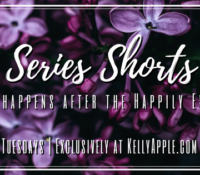 It’s my birthday tomorrow (mark it down on your calendars for next year!) and I’m going to be a lazy person and take the week off. Kind of. I mean, I doubt I’ll be able to take the whole week off because my brain likes to do things, but I’m taking a few days at […] 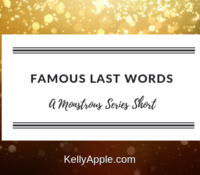 Famous Last Words Ari Monstrous   Ari wasn’t sure where things had exactly gone wrong with the evening, but she had a suspicion it had all started when Ella had uttered those famous last words to her yesterday. What could possibly go wrong, Ari? We’ve got this in the bag. An innocent question that had […] 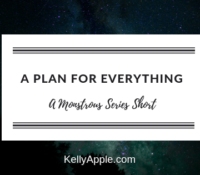 A Plan for Everything Ella Monstrous   Because of her harpy heritage—wings aren’t easy to hide, you know—Ella had never been to a bar. Not the type Ari and Siri were so excited about, at least. But their excitement was infectious and the idea of just hanging out while sipping an alcoholic beverage or two […] 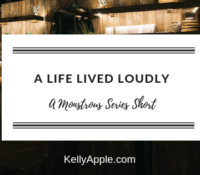 A Life Lived Loudly Liam Monstrous   It was no hardship watching Ari vibrate with excitement, Liam mused. Especially when the excitement came from something he’d done. His mate had a tendency to make high-pitched noises of delight when she found something thrilling and, as ear-bending as those sounds were, he wouldn’t have her do […]