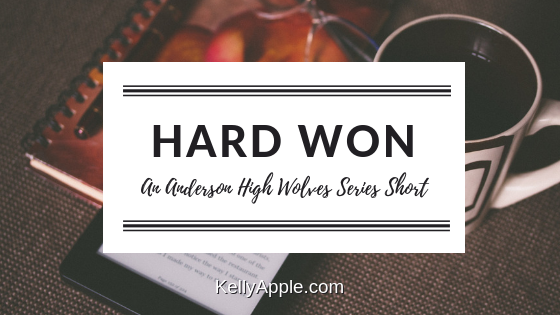 Natalie hadn’t realized how boxed in she’d been until she opened the door to her gilded cage and was allowed to fly free. Much like the bird she kept comparing herself to, suddenly the world opened up for her and anything was possible.

On the other and of the long couch, Mason shifted in his seat, his pen moving over the page of the notebook on his lap in confident strokes.

Mason. Her love. Her one.

He’d been the one who helped her open that cage. His solid strength at her back when she’d finally grown a spine and told her parents she wasn’t going to follow the ridiculous life plan they’d mapped out for her had been nothing short of miraculous.

That he stuck around—even after seeing firsthand what assholes her parents were—had given her the courage to try anything.

Natalie had spent her entire life being admired and feared and envied, but she didn’t think she’d ever been loved. Not by anyone. Including her parents.

Ignoring the book she’d been trying to read between covertly admiring her handsome mate, Natalie gave up being stealthy and just flat out stared.

Good lord, Mason was a beautiful specimen of manliness. He’d left his wild tangle of hair down today (acceptable since they were inside and wouldn’t be seen by anyone outside his family) and there was something about seeing her man so unconstrained that lit a fire in Natalie’s heart.

His shirt was tight enough to show off his massive biceps and carved chest (no other man his age—wolf or otherwise—looked as good with their shirt off, in Natalie’s humble opinion) and his tree trunk thighs turned ordinary jeans into a work of art.

Her man had dips and hollows she hadn’t realized were physically possible in anything outside a sculpture.

Mason snorted out an amused laugh and glanced up at her, his pen continuing to move across the page. “You’re staring.”

“You trying to distract me, Nat?”

Trying? Pfft. Not at all. When she was trying, her love would know it. This was just casual appreciation.

Another laugh, this one lower, and Natalie almost joined him. Yes, her man knew her well enough to know exactly what was going through her head.

“You wanna come over here and do something about it?”

It impressed her that he never stopped writing. His pen continued its smooth movement across the paper, line of words straight as all the others, even as he looked at her.

“Whatcha writing?” she asked instead of taking him up on his offer.

It amused Natalie when they fell into shorthand like this. Mason wasn’t much of a talker most of the time and she’d starting picking up some of his verbal quirks.

That gave her pause. “You’re writing a story about me?”

“Yep. A warrior queen who’s willing to sacrifice everything for the good of her people.”

Mason had never been shy about showing her how important she was to him. He put her first in all things. His attention—hard won and real—had soothed the ragged edges of the heart that her parents had so callously damaged.

“Is there a love interest for this warrior queen?” she whispered, wanting to know.

“Yeah.” Mason paused and looked down at the notebook, a flush of color riding his cheekbone.

“Another warrior. A commander in the army. Champion of the people.”

Her heart was so full, Natalie thought she’d burst.

She loved this man. She loved his quiet strength and his willingness to help those who needed him.

He was her champion, her love, her mate.

He was hers, body and soul, and she’d do anything she had to do to make sure he felt as loved as she did every damn day of their lives.

Want to see how Natalie and Mason found their way together? Pick up All the Reasons Why or Anderson High Wolves: The Complete Novella Collection.