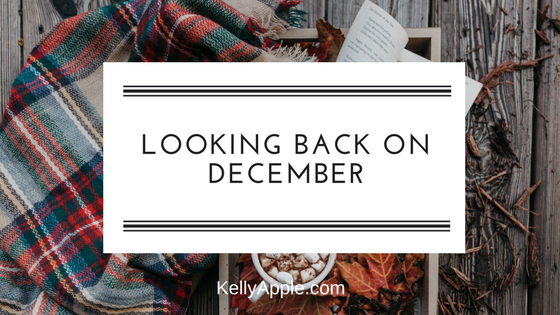 *ahem* So December flew by and I took the bulk of it off from both writing and other authorly things. Because, you know, sometimes you need to unwind.

Despite having no new releases the last two months of the year, I feel like 2017 was pretty productive overall.

I released two new series in their entirety (Forgotten Monsters and Wicked Pride) plus a couple of compilations (Forgotten Monsters: the Lost and Found Collection and Anderson High Wolves: The Complete Novella Collection) and book 1 in a new series (Possessed). In the early part of the year, the Monstrous Tales series got a complete cover overhaul (YAY!) and I liiiiike the new(-ish) covers so much more than the old ones. October saw the start of the Series Shorts which is a fun opportunity for me to go back and revisit characters from some of my older books (Mason and Natalie from the Anderson High Wolves series REALLY wanted me to tell their story, btw. Really.).

While I do feel like 2017 was fairly productive, I didn’t accomplish one of the things I REALLY wanted to get done. I have the final two books in the Grimwood series ready to go to edits and that didn’t quite happen. So…guess what I’m planning on for 2018! Yep, Cursed Lives and Cursed Heart are at the top of my list for releases.

In other 2018 plans, the Series Shorts will continue. Tuesdays are the day you’ll want to drop by the blog if you’re following along with those. And, yes, the occasional extra Series Short might still make an appearance on days other than Tuesday. What can I say other than I enjoy writing them and sharing snippets of my characters life after their HEA with the world.

Now I’m off to do stuff. Fun stuff. Authorly stuff. Just you wait!