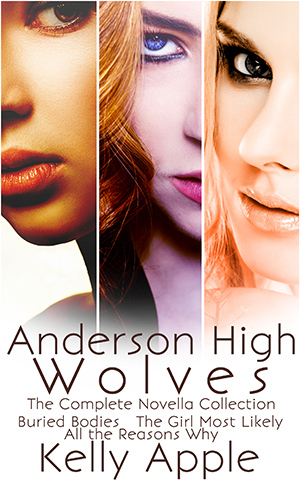 BOOK 2: THE GIRL MOST LIKELY

BOOK 3: ALL THE REASONS WHY

Natalie Lombard didn’t set out to be the queen bitch of Anderson High, but that’s what she is. She also never planned on letting everybody know how badly she wants a werewolf football player in her life, but it’s the worst kept secret at school.

What they don’t know is Natalie needs protection and the only ones she thinks stand a chance against her worst nightmare are the wolves.

Mason Armstrong held his tongue as Natalie dated her way through the team. He wants her to want him, not settle for the biggest, quietest wolf in the pack because he’s the only one who will have her.

Finding out what drives her serial dating makes his wolf see red.

But figuring out how to fix her problem is only the beginning. Once her issues get taken care of, will she even want a wolf?

<< All the Reasons Why