CARRIE AND KANE! I like Carrie’s spunk. She’s sassy and loud and FUN to write. 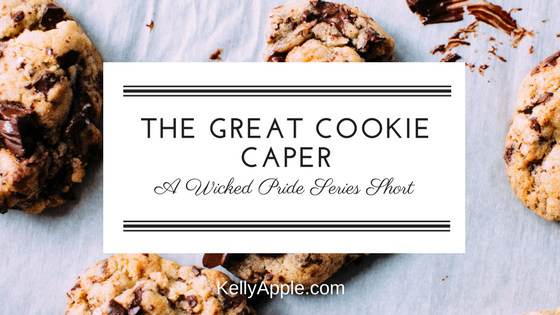 Big cats were such freaking exhibitionists.

Carrie had seen more parts since she shacked up with Kane than she ever expected to see in her lifetime. And it had only been a freaking month.

As bad as the cats were, the wolves were even worse.

She’d walked in on Kane fielding a call from the local police department regarding “indecent exposure on so many levels they didn’t even have a code for it.” Kane had that look on his face that said someone was going to pay for him having to sit through that call. It would probably be the wolves, but Carrie wriggled a bit internally at the thought it might be her.

Because Kane might bluster and roar at the shifters, but his payment took a decidedly carnal turn where she was involved.

Martyr that she was, Carrie always made the sacrifice and followed Kane down whatever path of depraved delights he needed to dole out.

That’s right. She was a goddamn saint.

Today, though, her thoughts were decidedly unsaintly.

One of those damn naked cats had found her chocolate chip cookie stash and eaten every last one. She had crumbs.

“KANE,” she bellowed at the top of her lungs.

Something clattered to the floor in the living room and her mate’s cautious voice called out, “Yes, beloved?”

Four sets of footsteps beat a hasty retreat. It might have been one of them. Or they were possibly running away in fear of her shrieking.

“I don’t want more.” Yeah, she was being irrational and ridiculous. But her cookies. HER COOKIES. “I wanted those and they’ve been eaten.”

Her big, broody lion stuck his head around the door and looked at her from across the room. “Really, Carrie?”

“Yes.” Her lower lip stuck out and she stared intently at the scuffed linoleum under her shoes. She really needed to talk to Kane about updating the kitchen. It didn’t do the pride any favors to have their house looking so worn around the edges.

A pair of oversized boots moved into her line of sight. Kane squatted down so he could see her face. “What if I told you I have an extra bag stashed in our closet?”

“Why would you have cookies in our closet?” she asked, her irritation draining away as the absurdity of it all finally struck her.

“Because I know these damn moochers and I figured at least one of them wouldn’t be able to control themselves.”

Aww. Was there anything more endearing than a man who thought ahead like that?

Giving into the compulsion she felt whenever her lion was around, Carrie dipped her head and kissed him. He didn’t hesitate to kiss her back. Yet another thing she adored about this man.

When he straightened to his full height, he caught her around the waist and dragged her up with him.

Laughing against his mouth, Carrie put up no resistance when he walked them to the stairs and took them two at a time.

Not only did she have the sexiest cat in the pride wrapped around her, the promised bag of cookies was upstairs.

Which was, if Carrie reflected on it, well worth the annoyance of constantly being surrounded by cat peen and tits.

Oh, the sacrifices she made to be in her big cat’s life.

Check back next week to catch up with the stoic Ivan and his baking cat.