ARI’S BACK! And she’s ready to spread her special gift of love to everyone who gets too close. (Which sounds a little alarming and like maybe she should go to the doctor or something, but it’s ALL GOOD, MY FRIENDS! All good.)

*ahem* Monstrous Matchmaker follows Ari as she works on hooking her monstrous friends up with the honeys of their dreams.

Fortunately for her, her friends are okay with that. Mostly. There might be a feeeeewwwww who dig in their feet a bit, but they all end up in their happy place and that’s what this series is about, right?

(Psst. This cover is getting an overhaul in the next few weeks [hopefully], so it better matches the style of the Monstrous Revelations cover. STAY TUNED!) 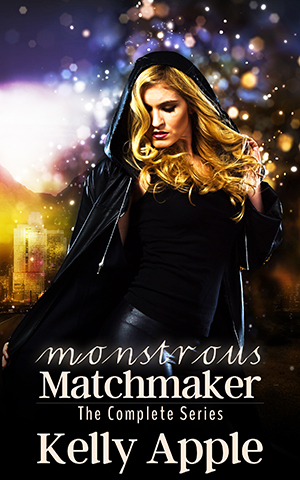