I have some trivia on this series! It was originally (loosely) intended as a shared-world series with another author. Life sort of got in the way of that (boo) and the idea of this little town of crazy supernaturals was shelved.

Or so I thought.

You see, the town of Pinnacle Point was in my head. I can’t remember if I’d written book 1 already or if I just REALLY wanted to by the time we put the town aside.

It wasn’t intentional, but I’m not complaining. AT ALL.

Apparently, Ari’s Monstrous friends and all their issues are wedged so tightly into my brain I think in terms of her monsters. Sweeeeeeet.

So Ghost of a Chance. Yep. It’s about a ghost named Chance. The supernatural sexuality study was a carryover from the shared-world, but everything (and everyone) else was PURE HARKER MAGIC. 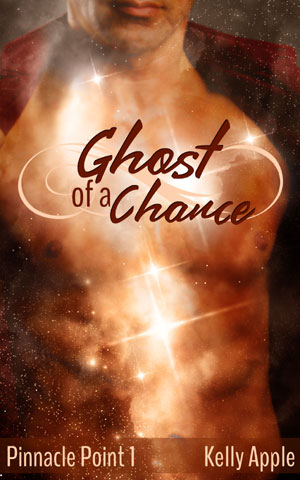