Ahhh, yes. Bas and Evie. My first published book and…well, let’s just say I have a soft spot for this damaged couple.

How did this book come about? I wanted to write a story about a determined demon who genuinely thought he’d do anything to escape the captivity he found himself in. As it turned out, there were lines he wouldn’t cross and hurting the one individual who was as trapped as he was was that line.

Evie saved him in her desperation and in doing so saved herself.

Yeah, I still get a little mushy with these two.

(And since I don’t remind people of the bonus scenes often enough…) Did you know there are several series short featuring a growly demon and a painfully shy werewolf? Watch Evie work on coming out of her shell with the Demonkind Series Short collection. 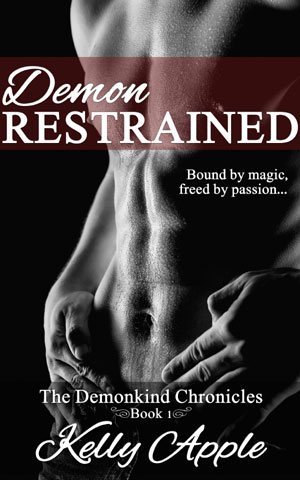