With the Forgotten Monsters series, I absolutely knew a couple things going into it. I knew the titles I wanted to use (with the exception of Echo, that took a few tries before I settled on it) and I knew that Deep was going to feature a kraken.

Because how in the world does a monstrously large sea creature stay hidden as the world above progresses technologically? Satellites and cell phones and radar and all other manner of things are just WAITING to catch a glimpse of something so big.

And so Mikka and Lars got their story. Our lady kraken is ready to throw in the towel and reveal herself and let the chips fall where they may when Lars stumbles over her hiding place.

The rest, as you can imagine, is history. With a little boom-chicka-wow-wow thrown in. Because monsters need love too! 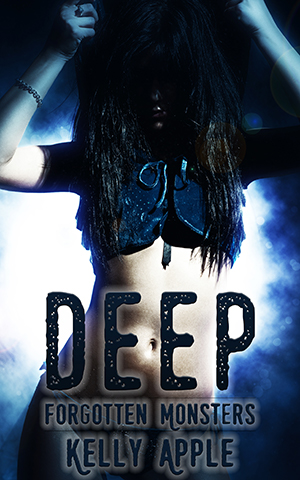