All right. Where to start with Zane’s story…

I knew book 2 in this series was going to be called Dead Sexy and I knew it was going to be about a zombie who was, well, dead sexy. He’s also a bit of a dirty talker, but that evolved as I started writing him.

Basically, Zane’s story started because I wanted to write a book about a zombie who wasn’t gross and decaying. He’s just a dude who was dealing with some pretty big life changes after being bit. He happens to be a zombie. He happens to be perfect as a body guard because he’s nigh on indestructible.

Did I mention he has a thing for the lady he’s body guarding?

A big thing, if you know what I’m saying.

Anywho. Zane and Maisie. He’s Chance’s cousin (thus how the Harker Collection bundle got its name) and he’s just as oddly supernatural as Chance. Because this is Pinnacle Point, the place where odd supernatural things come home to roost.

Here’s to the sexy zombie! 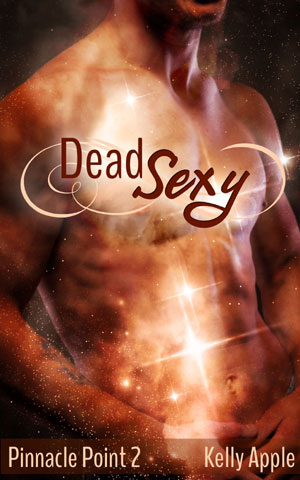