Ahh…Isobel’s story. The Grimm twin who wasn’t stolen by the witch, she ends up a wee bit spoiled by her fearful mama and papa. Unfortunately, that doesn’t work out too well for her since her actions led to the curse that sent her scurrying to the Grimm country home.

Let’s just say Isobel doesn’t do well all alone in the big house. In fact, she’s a little nutty when we first meet her. Cade’s patience and understanding help bring her back to herself and the rest, as they say, is history. Or magic. Whichever.

Cursed Bones is my Beauty and the Beast retelling and, BOY, did I have fun writing slightly feral Isobel skulking around her abandoned manor. Crazy ladies getting tamed by their one true love. GOOD STUFF! 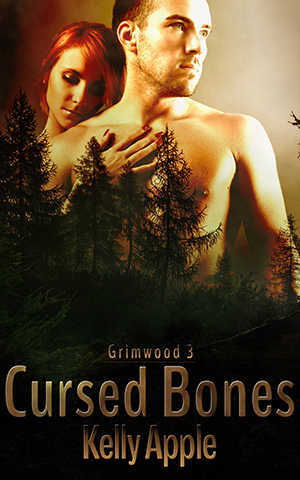