I’m doing something a little different with this Feature Friday…We’re taking a look at the NEXT book that will be released in the Heart of Stone series.

A Stone’s Throw Away is the wind up to the big conclusion and THINGS HAPPEN. OMG, do they happen.

Let’s just say we get to meet some new supernaturals and see that not everything is as it appears to be. *bats lashes and makes mysterious noises*

FYI, I’m planning an early (as in next week) October release for this installment. PREPARE THYSELF! 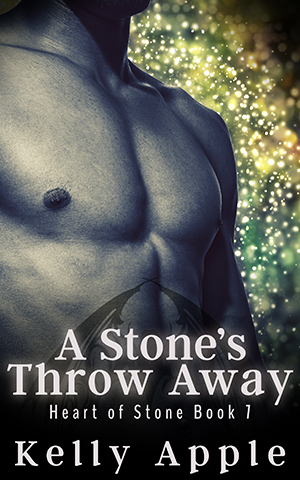 A Stone's Throw Away

Vane has been god-touched and it changes everything.

The drive to confront his mother is no longer his most important goal. His newly enhanced abilities grant him the knowledge that a lost treasure can be found deep within the mountain.

Treasure he can’t turn away from. Treasure stolen from him and Cobalt long ago.

The problem? Following the trail will take them into the heart of enemy territory and Vane doesn’t want to put his mate at risk.

But when the gods walk, magic happens.

And this treasure needs to be uncovered before Vane can move on.

Warning: This book contains trolls. Well, A troll. And a gargoyle/human couple who just can’t keep their hands off one another. POOR COBALT.