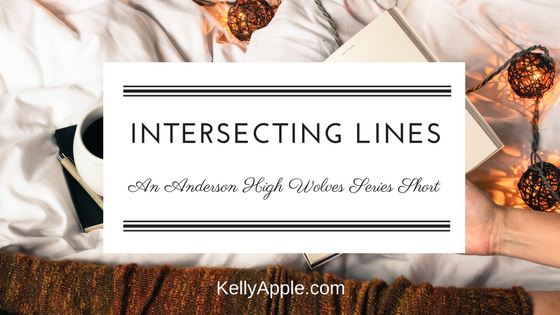 Jenny swallowed hard when she looked down at the list of tasks she still had to accomplish between now and Day Zero. It was a lot.

The finals were going to be…well, not too hard, actually.

Now that things had settled down in her family life, school came a lot easier than it had. She had time to study. She liked the classes she was taking.

She understood what the professors were talking about.

Lane had given her this journal the first week of classes to help her stay organized. Somehow, she was.

Okay. Deep breath. Think this through.

She had a lot on her plate. That was very, very true. But they were all things she could plan for.

She’d pencil in some time for studying. She’d see when Natalie and Lane were planning on going out to get their shopping done. She’d spend time with Taylor. She’d bake and cuddle with Evan and everything would fall into place.

Life was a grid of intersecting lines and she was determined to make sure hers touched the people who mattered most as often as possible.

Evan and Taylor. Lane and Natalie. Matty and Mason and the rest of the pack. Evan’s parents. Her grandma.

They were important to her. They mattered.

Spending hours agonizing over the perfect gift…not so much.

She had nineteen shopping days until Christmas and a list of things she needed to do between now and then that was a mile long.

And it was okay. It was fine. She could do it.

She would do it.

She’d prioritize and use those days wisely.

She’d find a way to make it all work.

Warm arms wrapped around her from behind and Jenny’s smile blossomed. Evan didn’t speak, he only held her, his presence like a beloved blanket that chased the chill away.

They were intersecting lines and she was going to intersect with him in every way possible.

Tilting her chin up, she pursed her lips and waited for the kiss he was happy to give.

Nineteen days. Warmth and laughter and kisses from her favorite werewolf.

She could absolutely do this.