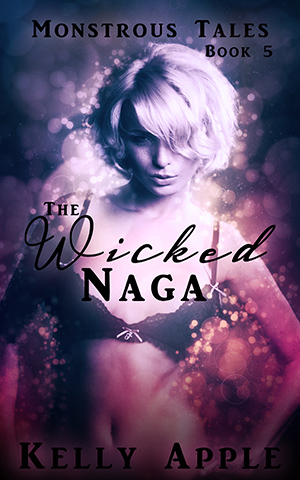 Ari’s weekend at the cabin has turned out to be eye-opening—she’s been propositioned by a frenemy and spent a scorching night in the lake with a merman. But the weekend’s not over yet and it’s just her luck there’s a snake-man in these mountains who’s looking for a sweet, young thing to spend some time with.

Ari’s adventurous and the naga is upfront about what he wants. But can she trust a half-man, half-snake who looks at her like she’s dinner?

This wicked naga might be deadly, but he also has a softer side. Ari just has to uncover it.

Warning: This book contains a monster with non-standard parts and a girl who has enough determination to see things through. It’s two for the price of one on the mountain and Ari couldn’t be more excited.