Fun fact, I ADORE stories where the main characters get snowed in or otherwise forced to spend time together and then end up falling for one another in a BIG way. ADORE THEM. Throw in some unresolved personal issues that get tackled and I’m a goner.

In other words, writing Thane and Zoe was fun for me. So much fun. I got to toss a siren in the mountains and give him a shy, tries-to-be-invisible neighbor who has a soft spot for animals.

Then I gave them a storm. OH YEAH.

Next thing you know they were getting nekkid and I was THRILLED.

In other words, if you like the neighbors-turned-lovers trope OR two people forced into close proximity by some ice and snow, I present Thane and Zoe, my friends!

(And, psst, Thane was the first siren introduced, but not the last. Heart of Stone has our road tripping group meeting a siren while on their journey. She’s sticking around for book 2 [Lon and Ivy’s story], so…now’s a great time to see what these supernaturals can do!) 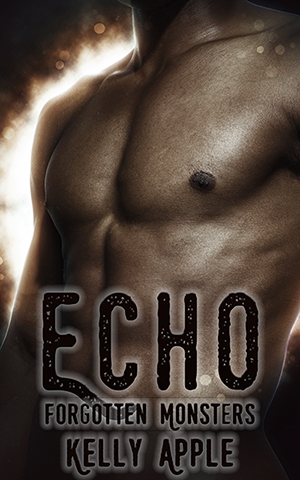 When Thane Demarcos left home to travel the world, he never expected to end up stranded in a tiny mountain town so far from the water he can’t smell salt on the wind. For a Siren to be without the oceans close by is unheard of and he knows it’s only a matter of time before his family tracks him down to bring him home.

In the meantime, Thane’s stuck with a neighbor who takes in all the town’s strays and hardly remembers to care for herself. If Zoe Canton knew what was good for her, she’d stop spending all her money on dog food and start stocking up her pantry for the winter he can feel coming.

Fate being the tyrant she is, Thane and Zoe get unexpectedly snowed in and Thane finds himself grudgingly coming to understand the effervescent woman who cares too much. The more he learns about her, the more he comes to admire her.

Considering he’s bound to return to his watery home, this spells disaster for everyone.

Warning: This book contains a man who has exceptional allure and a woman who tries to live her life to the fullest. A round of drinks and karaoke for everyone. On the house.